MG JOHN NICHOLSON CG 82d ABN was awarded a third star at a Pentagon ceremony on October 10th. He will take command of the NATO land forces on October 23rd at IZMIR Turkey.

The AVA association is extremely proud to have him made Honorary Member last June in Sainte Mere Eglise and we wish to send him our most sincere congratulations. 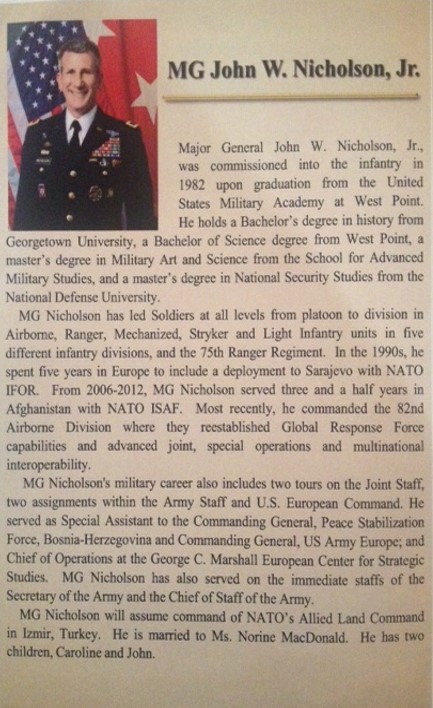 MG JOHN NICHOLSON with General Raymond ODIERNO, US Army chief of staff and NORINE his wife.