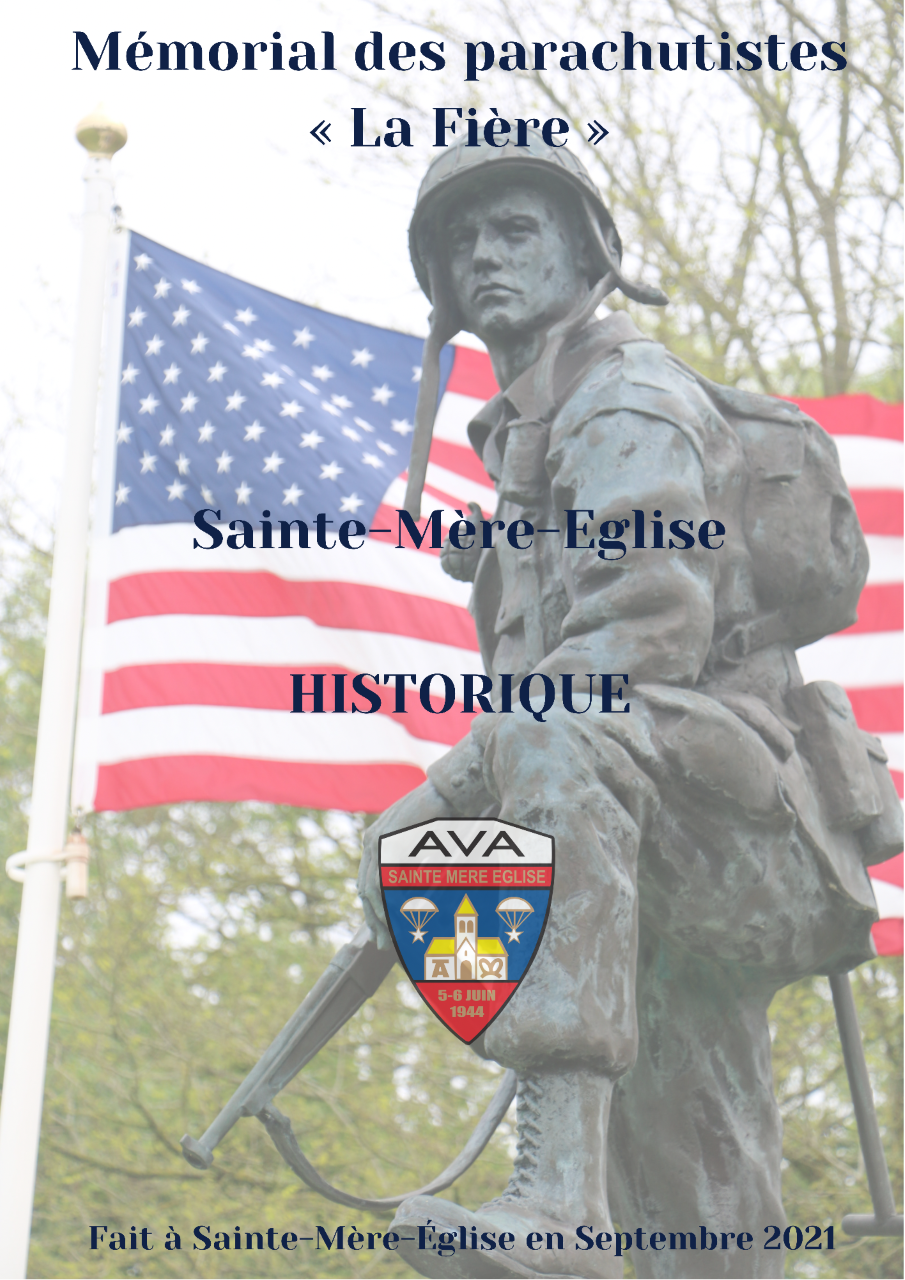 Bob Murphy met the Commander of the 82ndAirborne Division, General Kroesenat Fort Bragg, and he asked him about making a commemorative US airdrop in 1984 for the 40th D–Day anniver-sary.

In early 1984, Lieutenant Colonel Nightingale in the company of Captain Dave McNeil of the 505th PIR of the 82nd Airborne met with the Mayor of Sainte Mère Église, Mr Constant. Mr. Roger Coueffin, the President of the AVA at the time attended the meeting and was asked to organize a commemorative US airdrop. The Americans required a large area of land and they accepted for it to take place in La Londe, East of Sainte Mère Église, where a civil airdrop organized by Mr Yves Tariel had been taking place since 1974.

The 6th of June 1984, a military airdrop took place with Lieutenant Colonel Nightingale, along with140 Americans and 40 British paratroopers.

Bob Murphy, General Gavin and Roger Coueffin visited the land at La Fière. They decided together that it would be a good place to build an Airborne Memorial for the battle that happened at the bridge of La Fière.

A piece of land was then purchased by the AVA and an adjacent parcel was donated by Mr Mageol Lamy.

A first monument was built at La Fière by the masonry company Desiré Meslin.

Roger Coueffin, the Count Jean d’Aigneaux (who was the MancheDepartment representative for the District of Sainte Mère Église), and the Council of the AVA decided to build a more imposing monument on the site of La Fière. They opted for a reproduction of the Iron Mike Statue built in 1961, that at the time was at the entrance of the 18th Airborne Corps in Fort Bragg, N.C and was since moved to the center of Fayetteville, N.C outside of the Airborne and Special Operations Mu-seum. The blueprints for the statue were provided by the 82nd Airborne division. The sculptor Daniel Druet sculpted the bronze statue that has been produced at the Cornille Havard Foundry in the town of Villedieu–les–Poêles in Manche Department, Normandy. A pedestal has been used as the support. The first stone was set on June 4, 1996 at 11 a.m.. Astainless time capsule containing a “scroll” document was set under the base.

“On this Tuesday 4th of June 1996 at eleven a.m., was settled the first stone of this monument dedicated to the memory of the American Paratroopers of D–Day, under the presidency of Mr Pierre Aguiron, President of the Manche Department’s General Council, inthe presence of Mr Marc Lefevre, Mayor of Sainte Mère Église, and Mr Roger Coueffin, President of the AVA."

The association AVA raised the funds with the active collaboration of Mrs Sehier,Treasurer, and the participation of the American Paratrooper Veterans and the General Council of the Manche Department..

An bronze orientation table with a parachute at the top was created by the Cornille Havard Foundry in Villedieu–les–Poêles. It had been designed by Michel Gaudry and sculpted by Marc An-toine Petit. It was set next to the “Iron Mike” statue at La Fiere. Once again, Mrs. Sehier of the AVA gathered the funds and many inhabitants of Sainte Mère Église donated to the fund. The AVAassociation thanked the Cornille Havard Foundry for the realization of this important work of art. The table was inaugurated on June 5, 2001.

Inauguration of a plate in honor of the “Medics” in the presence of Mr. Fred Morgan of the 505th PIR of the 82nd Airborne. The base was built by Louis Ledanois, and the plate set by the AVA in honor of the Doctors and Nurses who took care of the wounded during the battle of the bridge at La Fière .

Creation of a Memory Garden, “a place for remembrance andcontemplation –IN MEMORIAM”, on the hill of La Fière Memorial. The garden contains a flame–shaped stele, a bench allowing space to meditate, and among others, an orchard of four apple trees and two maple trees. During the three days of battle from June 6–9,1944 the wounded soldiers were gathered in this valley area.The stele in the Memorial Garden was inaugurated June 9, 2013 .

On June 7, 2015 abig marble plate recounting the battle of La Fière was inaugurated . The text was written by Colonel Keith Nightingale, Airborne Historian.

On the initiative of Mr. Maurice Renaud, President of the AVA, a three–way agreement was signed between Mr.Jean Quetier the Mayor of Sainte Mère Église, the Commander of the American Le-gion and the AVA. This agreement concerns only the preservation of the site, and the duty of re-membrance so that none of the signatories can change its history, origin or concept.The La Fière site is solely owned by the AVA which holds the deed. The land taxes and the mainte-nance are entirely paid by the AVA. All of the monuments, plates and landscaping were realized at the exclusive initiative of the AVA and funded by the AVA and its fund raising.

This agreement was made official in June 2017 with the inauguration of the plate dedicated to this partnership.

On June 6, 2019 alarge marble plate was inaugurated in honor of General James M. Gavin who participated directly with General Matthew Ridgway at the battle of La Fière.

The text was written by ColonelKeith Nightingale.Funding: AVA Association, American Legion, Airborne Museum.A Fund raising effort from French and American adherents allowed to pay for this project in its entirety.

More plates were added in Honor and Remembrance:

As well as a book with the following quote : “Passing on the Memory. Reminding that we live today in Peace, Freedom and Dignity because others gave their life for us”.

The AVA Association is very proud that its Memorial Site for the American Paratroopers was rated by the US Army as a D–Days emblematic site like the Pointe du Hoc site is.Each year, after the airdrop, we are honored to host on our site the commemorative ceremony in the presence of the officials and the military.